Jamie Oliver's Best Eggnog in the World - The Ultimate Eggnog

Aha you must think that I am a die hard fan of Jamie Oliver. Well kinda. I dig his recipes for sure and especially his simple recipes to make awesome, delicious dishes which you can make in a matter of minutes and still look like you have slaved away in the kitchen. 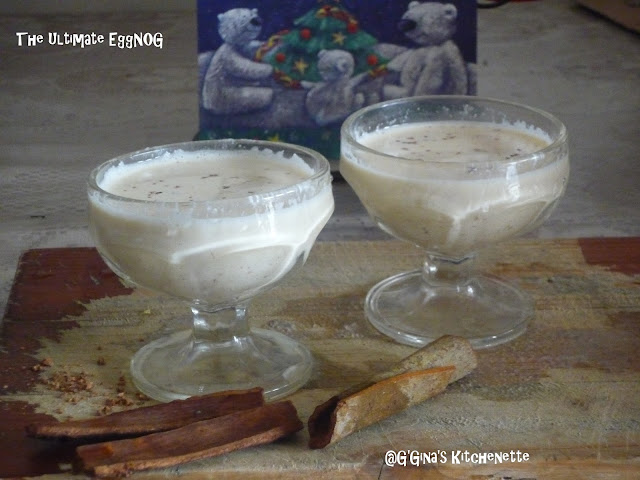 So here goes the eggnog recipe from Jamie's Food team which is claimed and now I confirm to be the best eggnog in the world. I made two versions a virgin one for my little one and the full version. This I did last Christmas 2014. So for those of you who have been following G'Gina's Kitchenette's Facebook page or our Twitter page, the chapter must slowly be unfolding as to what I meant last Christmas by saying this :
"It gets tough to cook Christmas Eve Dinner, Christmas Breakfast and Lunch!! This year got special with Jamie Oliver taking over the kitchen! Thanks Jamie! You Rock! Merry Christmas all from G'Gina's Kitchenette!"

The author from Jamie's Food team who wrote this recipe, Meredith Steele did teach me something new about eggnog. She mentioned how the name 'eggnog' was acquired from a 14th century English drink called posset. Posset was a drink of curdled hot milk with ale and over sometime eggs were added to the concoction. 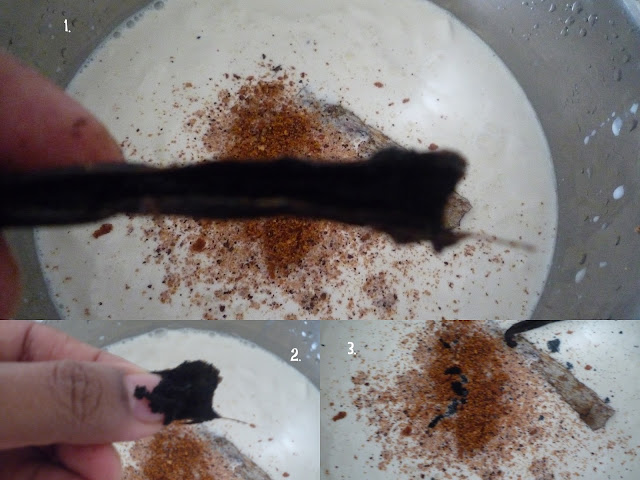 This preparation of this creamy, sweet drink starts with infusing cream with milk and cinnamon, nutmeg and vanilla beans. It is the warm infused milk which slowly streams into the beaten eggs and sugar. Then your rum or bourbon is what lifts its spirits. It is then refrigerated before the fluffy egg whites join the party of the eggnog for that face uplift. I however separated a portion of the eggnog from the main jug to serve to my princess later. I refrigerated hers separately and then added a portion of the fluffy egg whites to her serving. 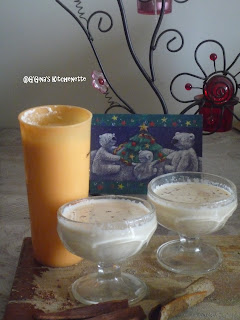 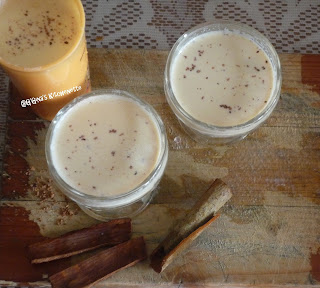 Thankfully my parents rear poultry so my chicken eggs were fresh from their home farm. 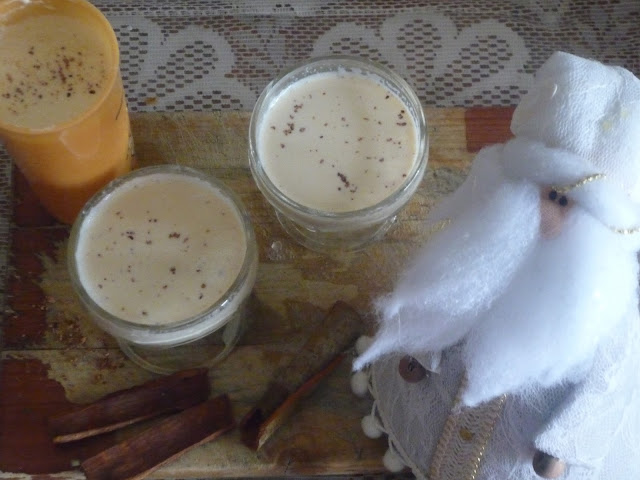 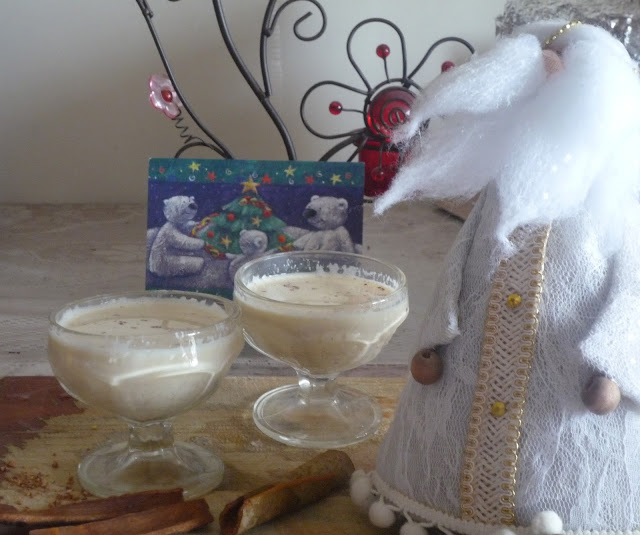 This was my first try at making eggnog. Mummy used to serve a mean fruit punch/ cocktail punch. Never tasted her eggnog though. 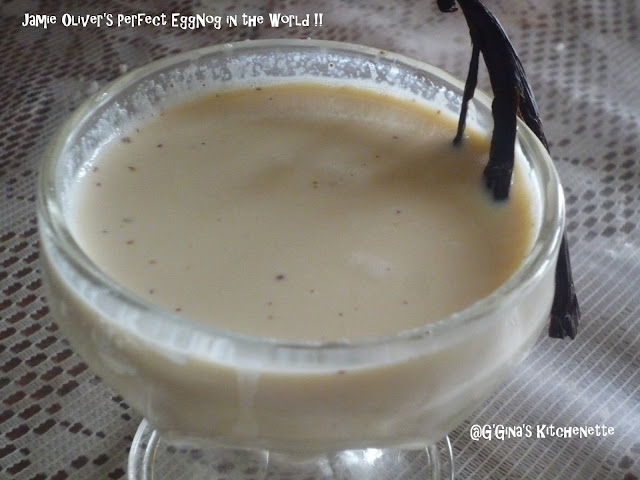 1. In a saucepan, combine milk, cream, cinnamon, vanilla bean, vanilla seeds and nutmeg. Bring it to a boil on medium heat.

2. Once it reaches a boil, remove from the heat and allow it to steep.
3. In a large bowl, whisk the egg yolks and sugar until combined and thick strands are formed when the whisk is lifted.
4. Next whisk in the milk and continue to mix until smooth and well combined.
5. Add the bourbon or rum and mix. Refrigerate overnight or up to 3 days.
6. Before serving, whisk the egg whites in a large bowl until soft peaks are formed. Then gently fold into the eggnog until combined.
7. Garnish with nutmeg and serve cold.

Happy Holidays all! Seasons Greetings from G'Gina's Kitchenette!
Posted by Georgina K. at 23:37