Whew! This was one challenge I will never forget. After the relocation last year, there are a few places I have learnt which sell baking items. My choice of Polar Bread would do well if there was Rye of any form either Light Rye or Dark Rye and this I learnt after my research in the last few days. This is the very first time that I have left my baking to the last minute. My dough is still proving as I type this. Thank God for time differences which makes me hopeful to post this recipe before 800 hrs EST. 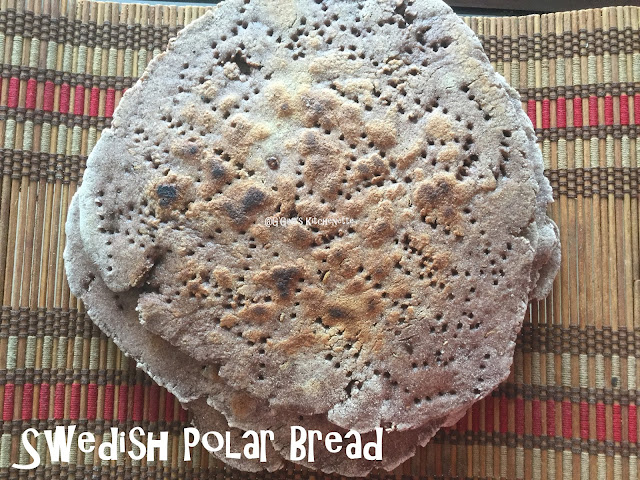 Since I live in India now ingredients such as Quinoa, Rye, etc can be availed if ordered online earlier. Of course it has a steeper price owing to the import tax but all in the name of Baking. I was super busy with the family and myself since the last few weeks with weddings, engagement, School Cultural Fest, Karate assessment, etc. Oh by the way I now hold a colour belt in Karate (Shito ryu)...Hya!! Just got to know last evening. 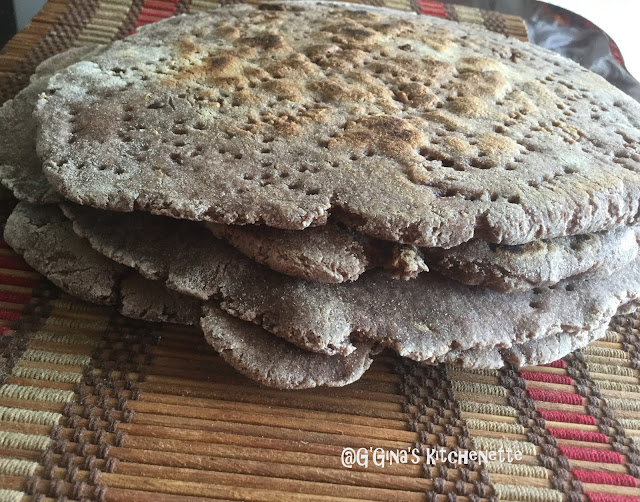 I began my research on this bread late which gave me little room to notice the Rye or even think of looking for it. Lulu Mall here also has its presence in the Middle East and I foolishly thought I could avail the flour there. Unfortunately, Rye primarily grows in Eastern, Central and Northern Europe and its growth belt stretches from Northern Germany, Poland, Ukraine, Lithuania and Latvia into central and Northern Russia. It is also grown in North America, parts of South America, Oceania (Australia and New Zealand), Turkey, Kazakhstan and in Northern China. 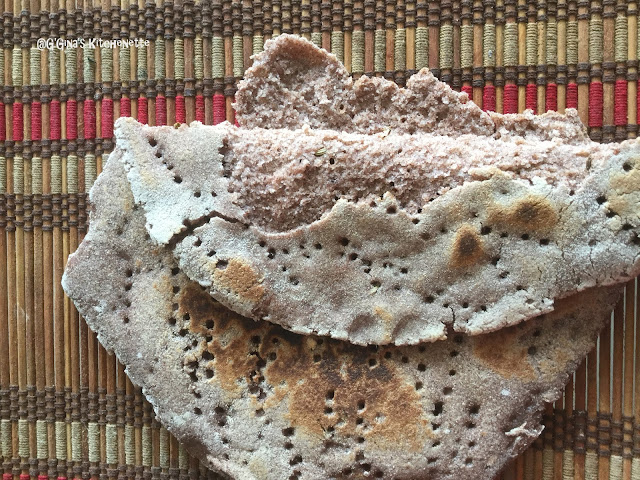 I did find an online portal and a company that would have delivered the Rye if I had not waited till the last minute. Yesterday the one day I got free from all my personal commitments, I spent close to 4 hours++ in search of Rye. By the way I find it strange to say Rye so much as I have a school friend Ryan who I nicknamed Rye ..hahaha!

Polar Bread is a Scandinavian bread and it has very little information online. In fact, in Sweden I believe Polar Bread is known as Polarbröd which one site even claimed is the  brand name for Mjukkaka. Mjukkaka is the bread of Northern Sweden and literally translates to 'Softcake'. Polar bread probably derives its name from a company 'Polarbröd' founded in the 1800s and is a  family company with old traditions. You can read more about the origin of this bread here.

Coming back to my predicament of being a last minute baker for the first time for a blogging event, I still did not hold the Rye. My friends and neighbours of the community apartment complex I lived in gave me several options. One suggested I visit a store near by which led me to another branch where after almost reaching the store I was informed by the owner that it was unavailable at that branch and to drive back to a place closer to home. Unfortunately what I said was Rye and what he heard was Rice Flour! Oh gosh! So then on returning home began the research of what could be substituted instead of Rye and that brought in suggestions such as grounded brown rice, finger millet (Ragi), Red Rice powder (for the Dark Rye colour), buckwheat, etc. One of my neighbours Ritu suggested using the Rye flakes found in certain kinds of Muesli. Unfortunately even that type of Muesli is not found here locally.

Rye is low in Glutenin and high in Gliadin. Of course the Mjukkaka requires some amount of white flour or bread flour. I finally succumbed to a combination of Finger Millet, Bread flour and Red Rice flour considering the darker Rye. Hope this works (remember my bread is still proving). Like Daddy said last night when I asked about Rye Flour availability in Dubai (he is on his break there) is to use what is locally available. I remembered how I used to resort to asking Mum whenever I was stuck in my cook or bake. I took it as her word and decided to go with what I have.

If you are using Rye, remember that you can alter the ratio of Rye to Bread flour keeping in mind that the total quantity should be equal to the recipe requirements. The more Rye you add, the denser the bread gets. I had taken an equal quantity of Bread Flour and Finger Millet with Red Rice flour. The only thing I would do now that my bread is all baked is to have a higher ratio of Bread Flour to Finger Millet and Red Rice (hence I have resorted to the original quantities in the recipe below). Also the next time I will try and make this with Rye Flour. In my haste I rolled out the bread a little thinner than the 1/4" thickness so it did not turn out to be as fluffy as I would have liked it. More reminded me of the darker brown Mediterranean flatbread 'Kuboos'.

These are the ingredients that Polarbröd use to make their soft bread taken from this link. You may have to hit 'Translate this page' to read it in English :

I am going to give you two options, one of my modified Finger Millet and Red Rice Flour additions and one with the original Rye flour. Please revert to the Rye flour for all available purposes, i.e. in case you have Rye flour where you stay at - use it! I do not want to change history at least not for now.

1. First mix the sugar and yeast in the water and leave it to rest for 10 minutes.
2. Next add the flours, salt and seeds in a large bowl and mix well.
3. Add the yeasted water and yoghurt to the flour mix and knead well to a sticky dough.
4. Continue kneading on a floured surface for about 10 minutes until smooth.
5. Place the kneaded dough in a lightly greased plate/bowl and leave it to prove in a warm place and double in size. This should take about 20 minutes.
6. Turn out the dough to a floured surface and knock the air out of the dough.
7. Divide the dough into equal sizes (6 numbers) and roll out each dough ball into a 1/4" thickness. Try to roll out perfect rounds and if not possible do your best.
8. Prick the rolled dough circle on both sides with a fork.
9. Next place the dough discs on a floured surface, cover and allow to rest for 40-60 minutes.
10. Preheat a griddle or in my case a cast iron flat pan or skillet or any other pan and place the dough discs onto the griddle on medium heat and cook each side for at least 2-3 minutes.

Serve warm with your favourite stuffing or dip. Bon Appetit! I love saving the best for last....

February's #BreadBakers event is 'Griddle Breads' hosted by Anshie Dhar of Spice Roots. She had openly themed the griddle breads to include anything from Rotis, crumpets, English muffins, etc. Thank you Anshie for choosing this theme. I was almost certain that I would back out after yesterday's fiasco but yaaay I made it in time! Here are some of the griddle breads from our Famous and Fabulous Bread Bakers' family...

#BreadBakers is a group of bread loving bakers who get together once a month to bake bread with a common ingredient or theme. Follow our Pinterest board right here. Links are also updated each month on this home page.

If you are a food blogger and would like to join us, just send Stacy an email with your blog URL to foodlustpeoplelove@gmail.com.
Posted by Georgina K. at 17:01